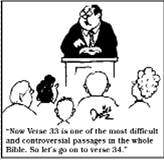 I was preaching in a friend's church this morning as he was away. He wasn't daft picking that Sunday to go. As well as there being a communion and other stuff to "fit in" to the service he left me with a passage to preach on which has caused controversy for years (2000 years, roughly).

Paul Versus James. The Big Fight. Or NOT. Luther, a real fan of Paul, called the letter of James an epistle of straw, but Luther couldn't be right about everything and, IMHO, he was wrong to see them as opposing each other. 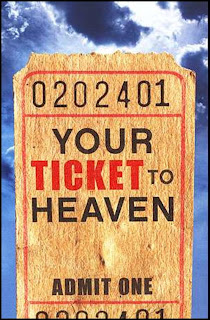 Paul went to great lengths in all his writing to explain to us something crucial that sets apart the Christian faith from all others. Indeed it's something which some members of other faiths find offensive, and some just find bewildering. In our faith, as Paul explains it so clearly, over and over again in case we miss it, we are taught the astonishing claim that God gives us our ticket to heaven at the BEGINNING, not the end, of our faith journey. That's so unlike other religions. We believe that as we can't even fully keep the most important two commandments (Love the Lord your God with all your heart and soul and mind and strength, and Love your neighbour as yourself) for half a day, never mind for our whole lives, Jesus paid the price so that our reconciliation with God could be bought and then given to us (just because God loves us) rather than earned. What some people have thought James was saying was that this was not enough, and good works had to be present in order to win salvation. But James wasn't talking about how you BECOME a Christian. He was talking about how you show, prove, evidence, that you are a Christian, and he says that if there are no good deeds, that's an indication that your so-called faith is dead, demonic and/or useless (James doesn't like to miss and hit the wall). 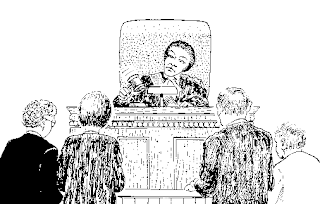 If you were arrested today would there be enough evidence to convict you? That's basically all James is asking, and Paul would agree, and they'd both be agreeing with the teaching of Jesus. Jesus, and Paul, and James, all want us to be the real deal as Christians, not fakes with masks. In the old days, prisoners sometimes used to fake conversion to try and increase their prospects of parole. Nowadays I reckon that's more likely to earn you the diagosis of some psychosis and damage rather than improve your chances. But even when it was happening, fellow prisoners could always tell the real thing from the fake. 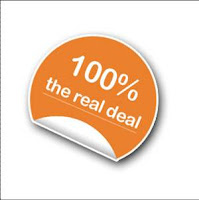 James wasn't arguing with Paul about our inability to earn our salvation, just stressing the obvious - that our faith needs to be the real deal, the real thing, not just mental assent to propositions, but life-changing and ACTION-changing. 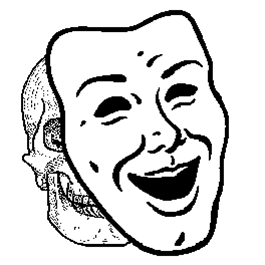 I reckon that if you're like me and you've been going to church for a hundred years, it's possible to act the part of being a Christian quite easily. It would be harder for someone without that background, but I could certainly act the part. I know what to say, what not to say, and so on. I could fake it reasonably convincingly (not that God would be convinced). If you, dear reader, have a church upbringing you'd probably admit that that's possible for us to do, and it's therefore, inevitably, a temptation sometimes.

I don't want to slide into a fake-faith that's just an outward act. I want to be the real deal, walking the walk as well as talking the talk - every day. I'm no longer fussed about having spectacularly cleverly worked out doctrine with all the i's dotted and the t's crossed. I'm no longer bothered about trying to prove myself in some imaginary and non-existent minister-competition, or indeed, since I'd have "dual citizenship", minister's-wife-competition (boy, I'd be last in that one!)

I had my appraisal interview with the governor recently so I was having a bit of a think about my official job description. I realised that you could really put a line through it all and just write "love the prisoners (and staff)" in red pen across it all, since that's the essence of prison chaplaincy. What I'm trying to say is this: I WANT TO BE GOD'S LOVE WITH SKIN ON, FOR THE PRISONERS (AND STAFF).
Posted by AnneDroid at 20:35

This is brilliant. You're right--people have been making a dichotomy out of what is really just common sense.

I want to be the real deal too.

What you have written burns a deep hole in my skin! I am not a very good witness to the Lord's place in my heart. In that I am weak and unfamiliar, partly because I was not brought up in a kirk attending family and also professing my faith is hard in such ungodly times and the circles I move in, but then you deal daily with those I huckle and manage. With more sage guidance like this AD I may well build in confidence and my good deed stats might just improve !

"Paul explains it so clearly, over and over again in case we miss it, we are taught the astonishing claim that God gives us our ticket to heaven at the BEGINNING, not the end, of our faith journey. That's so unlike other religions."

Which other religions are you referring to? The concept of heaven differs from religion-to-religion, as does salvation. Heaven is not even a concept in some religions.

I think Luther had a point!

Not that James can be ecxised from scripture - far from it. But that the overall picture of the revelation of God (ie. the conclusion you come to) emerges from the creative tension between their different emphasies.

Thanks for bringing home the challenge of the James half of that revelation again. Too often attmpts to 'harmonise' James and Paul amount to little more than the use of Paul to take the challenge out of James!

Sorry about your sore skin, Noddy. I too have a long way to go!

Mr N, I should have perhaps worded that more carefully. I was thinking of the general pattern of how to attain whatever blessed state the particular religion teaches, e.g. Buddhism, where the outcome is very much dependent on earning it by good deeds...

THM, you might be interested in this, which I found in Googleland, by someone called Wade Bradshaw: "As we listen [to those around us]…we will hear voices that are bored, cynical and profoundly unimpressed by a Gospel that all too often appears to them to be merely verbal or mental. These people assume the Gospel is simply another sales pitch with ulterior motives tucked away in the background. These presuppositions have huge ramifications for how our message will be heard by those we try to contact... The first Reformation was the re-discovery of the theology of Paul—of God’s grace given freely to wholly undeserving sinners. A second, postmodern reformation will require the complementary re-discovery of the theology of James—that faith is always manifested. Postmoderns want to see the fruit of a message before they check into its doctrines. This is not a return to an anemic social gospel; this is a biblical response of gratitude to God manifested in concern for others."

Well, Buddhism is an interesting case, since while doing good deeds is intrinsically part of it, the attainment of Nirvana is based more upon the shedding of desire and ego. the First Noble Truth of Buddhism is:

All life is sorrowful. (It would not be life otherwise.)

The second Noble Truth is that there is a release from sorrow.

Th third Noble Truth is that the release from sorrow is Nirvana.

However, Buddhism believes that this is not something that can be taught, but that only a path can be shown to it. It is up to the individual to walk that path to Nirvana by themselves. They can only be shown the way. (Nirvana, in Sanskrit meaning "blown out," or the extinction of egoism and fear.)

I suspect that Jesus was doing the exact same thing, showing the way to salvation. It is up to the individual to walk the path by themselves.

AD - just catching up with some blog reading. Thanks for this - it kind of chimes in with my recent thinking about the need to move from 'listening in the head' to 'obeying in the heart'.

The hard part is living up to it.