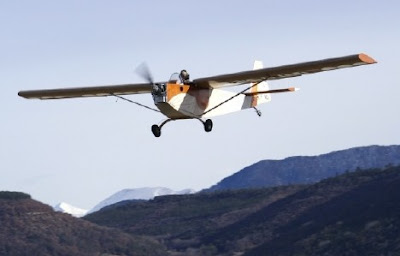 I have an old daily devotional book called "Climbing the Heights" dating from 1956 which I think belonged to my dad's aunt. The compiler was called Al Bryant but my favourite quote from it is from Herbert Lockyer and comes from the entry for March 10th and I've reflected on it often over the years. Apologies to any rats reading this. You'd be best to look away now.

"A British pilot had not flown very far before he noticed a peculiar noise. Looking down, he saw a rat gnawing away at a vital part of his plane. He could not stop to kill the rodent. What could he do? Up into the rarified air he zoomed, and the rat rolled over, dead. Does this not illustrate the power of prayer? When the rat of hell tempts us, prayer takes us up into the rare air of heaven, where everything not of God quickly dies".
Herbert Lockyer.
Posted by AnneDroid at 23:57

What an interesting analogy. I can see why it would stick with you.

Brilliant. Also the earthly message, as my pal Deb at http://harmonyclubwaltz.blogspot.com/ is having a great deal of trouble with Junior - a rat. I'll pass this on to her.