I have a disability I didn't know about.

Last night I was talking to a bunch of prisoners. A couple of them pointed out how truthful I am. I had just confessed at length to two of them that I had found out since last week that a word I had used in our game of Scrabble wasn't in the (newly-purchased-to-prevent-future-disagreement) Scrabble dictionary, and that one of them had been wrongly denied a word that was in fact IN said dictionary. I have still got sin to battle, and don't pretend to perfection by any means but it is true that I don't tell lies, and haven't done so for years, maybe decades. So, for fun, I explained to them very solemnly that, "You know how some people are compulsive liars? Well, I suffer from compulsive honesty". This produced a great reaction across the board, a mix of hilarity, horror and real pity! One guy said, "That's really awful. That's a very serious disability. You should be able to register as disabled and get benefit for that".
Posted by AnneDroid at 23:14 1 comment: 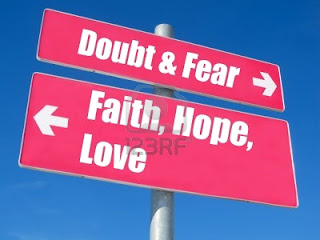 Posted by AnneDroid at 23:46 No comments:

From those to whom much is given, etc etc!! 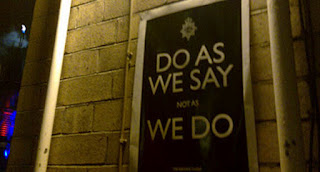 I was encouraged this week by a prisoner (who's an atheist) telling me that I absolutely live what I believe.  What a lovely thing to say.  No doubt I don't actually always do so, but I do try and it's so lovely when someone notices.  :)

Today, I've been feeling very frustrated over various issues to do with lack of integrity.

(1) I'm not a football fan really (I support Airdrie United, after all and I know about football as much as I, as a Status Quo fan, know about music), but one of our leading Scottish teams, Glasgow Rangers, has been hugely in the news because of its financial troubles.  If you don't know about it and you want to, google it.  There are way too many articles I could point you to; the whole thing has been keeping journalists going at full tilt for a week or two.  Suffice to say, something stinks in the financial wheelings and dealings at the centre of it all.  Big time, it stinks.

(2) There's also the wee fracas that broke out in the bar at the Houses of Parliament last night.  By the way, most workplaces aren't allowed a bar on their premises - how come those with power at their fingertips which the rest of us will never begin to have, are allowed alcohol in their workplace?  Here is the story, for those who don't know.

(3)  Rupert Murdoch, whose mess at the, thankfully now defunct, very seedy News of the World, is still being sorted through at the Leveson Inquiry, seems to be free to produce a new newspaper starting this weekend.  Free press is a great thing, of course, but the price is quite high, it seems.

Actually, when I think about it there are way more than 3 things which frustrate me in this way.  Lots of stories about bonuses payed to bankers who have brought about the credit crunch, and many other things all add to my frustation.

It's ten times (or fifty times, or, I don't know...) harder for us to proclaim a message of moral living when at the heart of "Rich-and-Powerful"-world, corruption seems the way to go.  Seriously you leaders, GET YOUR ACT TOGETHER!  Please.  Thank you.
Posted by AnneDroid at 00:17 3 comments: