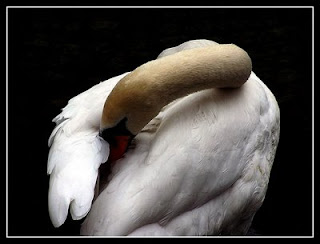 My prison service employers periodically ask us, their employees, to complete an anonymous questionnaire.  It's good that we're given the opportunity to express our tuppence worth about the organisation and I always make a point of filling it in.  To me, it's the same principle as we bear in mind when general elections come around.  The vote for women was hard won and it would be disrespectful to suffragettes for me not to vote.  Likewise, employees should be grateful that their opinions are sought (and hopeful that they will be listened to).

However, I admit I wonder how anneonymous it really is.  We have to enter a code which indicates which prison we work in.  Fair enough.  But later in the questionnaire we're asked what area of the prison we work in and what gender we are.  I work in a chaplaincy team of two.  My Roman Catholic priest colleague is a man (obviously).  So if I say I am in the chaplaincy team at my prison and I am female, just how anneonymous am I being?