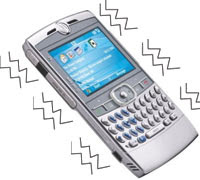 A while back I posted on "things not to say to prisoners".  Today, for some reason, a connected memory came to mind.  I think it was because I have a new mobile phone, which I'm trying to get to grips with, and I was thinking about ringtones.  Anyway, in the Olden Days when I started as a prison chaplain I was allowed to take my mobile phone into the jail.  Nowadays if I tried that I could end up in prison myself!

I remembered today about a time when I had my mobile phone in my handbag in the filing cabinet in my office.  A prisoner was in the office with me, pouring out his many troubles to me, when my phone rang.  I hurried to the filing cabinet to turn the ringtone off but the handbag in question was one of those with nine hundred different zipped compartments in it.   Could I find the phone?  No.  Not until this whole ringtone had been played.  Can you imagine ANYTHING less appropriate to be playing in the presence of a lonely, homesick guy who of course was not himself allowed to have a mobile phone.  In my defence the only thing I can say is that it was my dear children rather than me who had set the bloomin' ringtone.  "Oops!" was about all I could say...
Posted by AnneDroid at 23:20 2 comments: 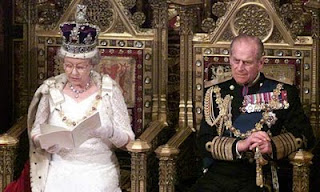 Posted by AnneDroid at 22:37 No comments:

Amazing Grace - watching this will be the best two minutes of your day.

I just love this wee video, brought to my attention by my friend Ross.  It says it all.﻿
Posted by AnneDroid at 09:09 No comments:

Prisoners do not have access to the internet and many people think that this is just as it should be.  The longer I work in jails, though, the more I think that, looking at the big picture, this is probably unhelpful.

There are good reasons for not allowing the prisoners access to the internet and I acknowledge that, but I believe the arguments on the other side should carry a greater weight.

Firstly, any "privilege" that is given to prisoners immediately and without fail generates negative headlines in the tabloids.  Journalists and many of the public - and I do understand this - would complain that it is most unfair that those who have broken the law should get something paid for out of the public purse that the law-abiding struggle to afford.

Secondly, there is the danger of furnishing criminals with the ability and the opportunity to increase their criminal activity.  There are two ways that this could happen.

1) A prisoner previously computer-illiterate who gains expertise on the internet and then manages to secure a mobile phone (these are illegal in jail but there is a trade in them and every now and then a mobile phone, a recharger, or a SIM card is found) could use his new-found communication skills for criminal purposes.  Drug dealers can carry on lucrative business empires from within prison, for example.  Prisoners on remand can intimidate witnesses.  And so on.

2)  A prisoner may use his new-found computer skills when he gets out of prison.  Indeed he may go the whole way and develop an interest in computer crime.  How is the prison to know why the prisoner is keen on participating in education?  It could be (a) a soft option to get out of more physical work parties such as the cookhouse, (b) part of a grand plan for building the criminal career already embarked on, but it could also be (c) a genuine desire to get educated and (d) a determination to get a job and go straight on release.

There are arguments for allowing prisoners access to the internet and, as I say, they seem to me to outweigh the arguments on the other side.

The truth is that many prisoners (I suspect most) really want to keep out of trouble in the future.  Many of them are highly motivated, and have worked very hard during their sentence.  They have tried to address their offending behaviour and the reasons for it.  They have fought and won (at least for now) their addiction battle.  They have done what they could do repair their family relationships.  But as the time draws near for release they are often apprehensive and feel unprepared.  Or - perhaps worse - others don't feel unprepared but feel supremely and misguidedly confident that all will be straightforward when clearly it won't.

We who have not been out of circulation at Her Majesty's pleasure over the past years know that the internet is a huge part of modern life and can only imagine how handicapped we would be by having missed out on it all.

I suspect that even the most low-paid, ordinary, unglamorous job on the outside may involve you being able to send emails to your employer and receive them in return.  Being unable to do so will have a real impact on your employability on release. 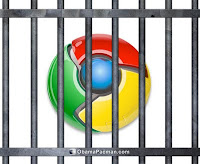 By no means all prisoners, even if they are highly motivated, will secure employment on release.  They will be most likely be living on a very low income, perhaps just state benefits.  The internet offers great ways to save money.  I am currently expecting the delivery of a pair of curtains for my son's bedroom.  I bought them on E-bay and although they are new and still in their packaging they are pre-owned and therefore I was able to buy them for well below half their value.  Guys coming out of prison could do with knowing about such a thing.

Should prisoners have access to the internet?  I would say that they should.

Certainly they shouldn't have limitless unsupervised access to the internet.  I think we might feel irked by the idea that they were watching pornography for example, or that they were controlling their drugs empire, or bullying their partners.  Schools, though, can set up restrictions and limitations to what the kids can access and the prisons could do likewise.

I'm not advocating they should get to blog, or use social networking sites or be posting comments on newspaper online sites, but I am arguing for basic internet familiarity, including emails, shopping for bargains, booking tickets, googling facts and so on to be a major part of the education program on offer in our prisons.

Whether you love or hate prisoners (fellow Christians reading this will know which God expects them to do) you should want to see them rehabilitated, if not for their sake then for the sake of potential future victims which could include you and yours.  In the year 2011 I think we need to fact the fact that full reintegration back into society will for most involve familiarisation with the internet.