This made me laugh.

This made me laugh, because I share her frustration with this sort of conversation.  But it's serious too.  Fun and serious at the same time is always a combination I like a lot.
Posted by AnneDroid at 23:00 4 comments:

Petrol in a Diesel Engine? 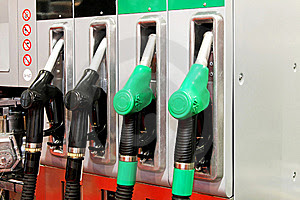 Today I had a "senior moment" and put four or five gallons of petrol in my diesel car.  Not the most sensible thing I've ever done.  It happened on my way to work at a petrol station which is attached to a garage.  The guys there said they were willing to drain the tank and refuel but that I would need to wait as they had pre-booked jobs to do first.
So I spent four hours in the car.  It was pouring rain outside.  I guess it's a sign of my advanced age but I now actually don't mind four hours doing nothing - in the past I'd have been going mad.  I had a peaceful, prayerful time with Him Indoors's Bible and found a lovely prayer on a wee bit of paper in it, which I enjoyed meditating on.  I'll post it separately.   I had a wee sleep.  I had a cup of coffee.  I spent some time doing the puzzles in the newspaper.  I didn't enjoy the bill so much.  First of all, I'd spent £22 on inappropriate petrol which was drained and disposed of.  Then of course I'd to buy more diesel and pay the guys for their time and effort.  Loadsamoney.  :(
One of the things that occurred to me during this episode was that, ever since someone else I know (I won't name him - let's just call him Him Indoors) did the same thing a few years ago, I've used this scenario as an illustration, in sermons and/or when talking to guys in prison.  (I may have blogged about it once before but if I've forgotten then no doubt you have too).  Now it isn't a secondhand experience.  Now it's firsthand.  It would be lovely to think there was a purpose in this afternoon, and that it will strengthen the authority of the illustration or something...
Let me share this illustration here.
There is absolutely no law at all against putting petrol into your diesel car.  No one will arrest you and you won't be taken to court.  If you want to put petrol in your diesel car every day, or five times a day, you can if you want!  You are wholly free to do so.
On the other hand, of course there's a law against putting petrol into your diesel car.  It's the law of consequences.  If you put petrol in your diesel car (or diesel in your petrol car) there will be consequences.  Either you will have to have the tank drained and refuelled, or you will drive it and damage the engine and have a repair bill to pay instead.
I have often used that as an illustration of God's purpose in giving us the rules that are in the Bible.  Of course it's up to us whether we follow them or not, but there are consequences of breaking them.
People sometimes think that the Christian faith and Christians are all about telling you what you can and can't do.  Not so.  We are familiar with the saying on product labels, "For the best results, follow the manufacturer's instructions".
It's the same with life.  The Christian faith is NOT - definitely not - about a list of rules.  It's about love, joy, peace, patience, kindness, goodness, faithfulness, gentleness and self-control.  It really is.  It's about a relationship with God, who loves us and wants us to have life and have it to the full.  It's so liberating to realise that.
Our firstborn has recently received her standard grade results (in Scotland, standard grades are the national school exams sat in the fourth year of secondary school) and has now embarked on her higher grade year at school.  Today all over England teenagers have received their "A" level results.  All this affects whether the kids get into university and, if so, which one.
Prisoners in Scotland have the opportunity to work towards early release from prison, either "parole" or "home detention curfew".
Each month many of us have to work to earn our salary.  If we don't appear at work, or don't do the job properly, we will lose our job.
Exams, parole, pay... we are all of us brought up in a mindset where we work for a reward.  The Christian message, sometimes called the "gospel" is not like this.  We cannot earn our way into heaven.  We cannot earn our own salvation.  We can do our best to keep all the rules in the Bible but (a) we'll not manage to achieve 100% and (b) God's not expecting us to achieve that.
The rules are there not to cramp our style and spoil our fun.  The unwritten "rule" that I shouldn't put petrol in my diesel engine isn't there to cramp my style or to spoil my fun either; it's to save me a whole heap of trouble.
God's rules are there for exactly that reason too.  The Christian faith isn't about rules; it's about making our lives, our families' lives, our friends' lives and society's life easier and freer and better.
If you're reading this and you've been put off Christianity by the thought that it's all about a whole lot of rules, please think again.  It's SO not!  It's about freedom!  It's about the acknowledgement that we have no chance whatsoever of keeping all the rules and that we therefore need God's help.  It's about realising that we've already broken so many rules that we're already done for... except that Jesus Christ has taken the punishment already.  What Christianity is actually about is being loved.  Unconditionally.  It's about being forgiven.  Completely.  It's about being restored.  Totally.  It's about living.  Abundantly.
Yeah there are rules but they're there for us to choose to follow... and for our own benefit!  Just like choosing to put diesel into a diesel car (which I plan to do from now onwards).
Posted by AnneDroid at 23:47 7 comments:

Spitting in God's face? Is God a psychopath? 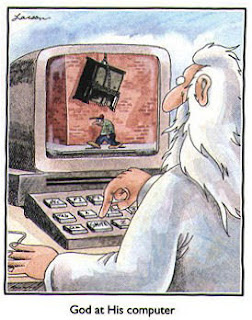 I came across this statement today in an online debate which I was reading on the Scotsman newspaper's website:  “In the extremely unlikely event of me appearing before God on judgement Day, with only an insincere apology required to save me from the flames ... I pray I would have the moral courage to spit in his face” - quote from “Col Blimp III”.

First of all, it reminded me of a prisoner saying almost the same thing to me.  This guy was brought up in the church as a child but subsequently chose the path of violence instead (and has been in prison for a long time).  He told me recently that, were Jesus himself to appear in front of him, he would refuse to bend the knee, because God (if there is one) is unquestionably a psychopath.

But secondly, the statement I read in the Scotsman online debate just made me squirm.  I've been a Christian for a hundred years or so.  I find this kind of statement now hits me like a literal slap in my own face.  I obviously (well if it's not obvious, I'm sorry) acknowledge people's right to say these things.  If they think it they may as well say it, because God knows their hearts anyway.  I just cringe though when I hear folk say these things.

The prisoner I mention above says that the reason he hates God so much  (although he's not sure if there is a God) is that God has the power to do good and save the world from the mess it is in but seems to choose not to.  Another point of view (mine, and Jesus's) is that God loved the world so much that He  gave His only Son, so that whoever believes in Him will not die but have eternal life.
Posted by AnneDroid at 00:15 2 comments: