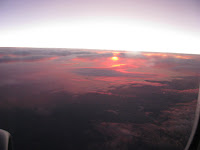 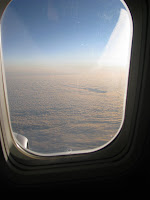 Our trip was the children's first experience on a plane. They were very excited, and we're grateful that we were able to facilitate it and enjoy their wonder, particularly since we witnessed a stunning sunrise on the outward journey. 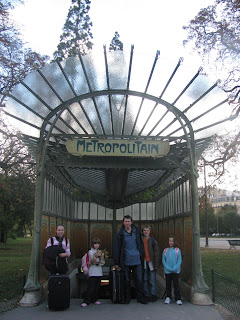 Porte Dauphine metro station which we used on our first day has, according to Wikipaedia (so it must be true) "one of the only two remaining aedicules originally designed by Hector Guimard (1867–1942), the Art Nouveau architect who was originally commissioned by the Compagnie du Métropolitain de Paris (CMP) in 1899 to design the entrances for the Métropolitain stations". I couldn't have told you what an aedicule was but it's one of those things the Droids are standing beneath. I liked it.

On the first evening we went up the Eiffel Tower and had a look at the view. When we came back down it was beginning to get dark. I reckon the tower looks better at night (see picture in last post). During the day it's like a slightly-more-substantial-than-usual electricity pylon (but don't tell it I said so). 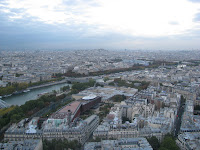 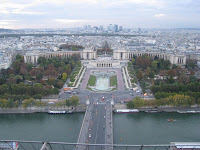 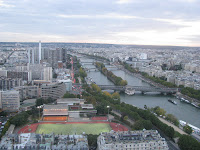 I didn't know the term aedicule. I just know that they're cool looking.