When time isn't running out... 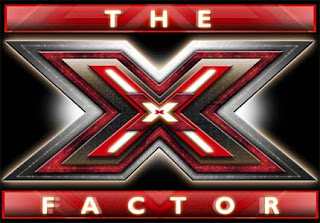 As I was driving two prisoners to church this morning the conversation (about last night's television) got on to the X-factor. I was mildly surprised that one of the guys (a) watched it and (b) admitted to watching it. But it was his explanation for why he watched it that really struck me. I will never stop learning, in this job, I realise. As I've never been in prison, I'm constantly listening hard to improve my empathy and understanding, so that I can be better at what I do, or at least try to do. It's not the big things that teach you what it's like in prison. It's the little things. Like this guy's reason for watching the X-factor. He also watches Big Brother when it's on, and for the same reason. And it's so obvious when you think about it. Both Big Brother and the X-factor are very long-running series. He knows when he starts to watch one or other of them (the former's on in the spring/summer and the latter in the autumn/winter) that by the time the series is finished, he will be another big chunk of the way through his sentence.

Time passes so quickly for me. I've barely got used to the fact that it's 2008 and I've already had to order next year's wall planner at work and think about Christmas in the jail. I wish I had more time. I wish I could read lots more books (without my eyelids drooping), and take up knitting again. I wish there was any point in buying a newspaper - I don't because neither Him Indoors nor myself have time to read it. And yet these fellows have the opposite problem. They are "doing time" and the time that is the rest of their sentence stretches out before them depressingly. They might have time to read, and their meals made for them, and plenty of rest, but they don't have the freedom I have. Time, without freedom, is no pleasure, and the best way to deal with too much time still ahead of you, at her majesty's pleasure, is to divide it up in your mind into bite-sized chunks. Now till Christmas. Now till my parole papers start. Now till I get a single cell. And now till the X-factor winner is announced...
Posted by AnneDroid at 22:38

My oldest son was yesterday trying to calculate exactly how many days he had yet to teolerate his present teacher - who he can't stand. "I'm only two-and-a-half-months into this, and I have eight more to go" he moaned. It feels like a sentence to him.

I'm the only member of my family how can't bear the X-factor. The rest watch avidly whilst I feel driven from the rooom by the sheer wretchedness of the whole shoddy affair.

Still, by the time it has finished, the winner has been announced and is promoting their 'one hit wonder' , young Boris will be more than a third of his way through his time with the scary teacher. By the time the winner has been completely forgotten it will be the summer holidays again, time for Boris to look forward to a better year next year, and time for the X-factor winner to deseprately try and relaunch his/her career.

Watching "Strictly Come Dancing" is like a prison sentence. In addition, I may just have to kill Bruce Forsythe and end up in prison. Its a tough call!

I'm charmed with the idea of Boris being able to identify with life sentence prisoners, THM.

d-p, are you being FORCED to watch it? I'm sure that's against one clause of the European convention on human rights.

FYI, I don't watch Big Brother (any more - I used to love it but the last few series have got too wild and inane for me). My daughters love X-factor so if I want their company on a Saturday night I have to watch it too.