AnneDroid and Chums. Ahead of the curve. 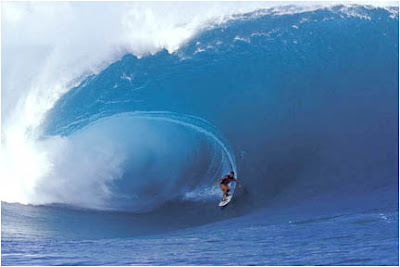 I can't decide which of the many many pictures I took of Notre Dame to upload - the truth is it's so amazing no one (or even ten) pictures can do it justice. And there's also the Louvre, the Mona Lisa, the pavement cafes, the Seine and the Scottish pub which we stumbled across in the middle of the Scotland-Norway game. And more. I'm giving up. We had a great time. That's the shortened version of the story. And Paris is great. Very French. Very Parisien. The end.

And in any case now I've been back in jail for three days, my mind's on prison and prisoners. Apart from that I've so many posts to catch up on reading from my bloglist, I'm abandoning the laborious process of selecting and uploading endless pictures one at a time. If you want to see pictures of Paris there are plenty better than mine under Google Images!

Anyway, back in Jailworld, it's been good to be back. As usual I'm confronted with all the rich diversity of our prisoners, and their stories, and their needs, together with the great challenge of how to fulfil all the expected roles of chaplaincy in two prisons, with only me and my part time colleague. The truth is, of course, I don't think we can. We can only do our best and remember that rather than taking God into prison we have to recognise He was there long before us; He doesn't ask us to do it all, but just invites us to tag along with Him and "help" in the way a toddler "helps" its mother to bake!

I may have said this once or thrice before here (I don't always remember everything I write but I comfort myself with the thought that you won't either) but I have found prison chaplaincy extremely liberating. This is ironic because jail's obviously not very liberating for the prisoners. But it has been so for me. When I was at university (as I may have said) I used to get frustrated with Calvin's Institutes because I thought they were too vague sometimes. I wanted every theological and ecclesiological i dotted and t crossed. Now I find that working in prison chaplaincy has caused me to shed so much baggage in terms of niggly points of doctrine and church practice which I now realise don't matter a bit in kingdom work outwith the institution of the church. They DO matter, to a degree, in church-the-institution. I'm not having a go at my fellow clergy for worrying about things that do matter to an extent in the organisation and identity of their church congregations and denominations. But I am so blessed by being in a position now where I'm so released and freed from all that STUFF.

On Maggi Dawn's blog (see blogroll for link) a few days ago she had a quote I liked about chaplaincy (she's a university chaplain). It's from Brian McLaren, from the U.S.A., who's a leading light of the so-called emerging church movement. I sent the quote out by email to all my fellow chaplains in the Scottish jails for their amusement/inspiration/edification/information/delight/astonishment.

Brian McLaren says: "I've been noticing more than ever how many chaplains are 'ahead of the curve' in dealing with the 'great emergence' we're part of. Many (not all!) pastors, professors, and denominational officials can stay in their comfortable echo chambers in a way that chaplains can't - whether they're serving in hospitals, prisons, universities, retirement centers, or elsewhere." So it’s official. We’re the cutting edge. Where it’s at. Etc. Woo hoo!
Posted by AnneDroid at 20:15

I love your enthusiasm for your work. It's an example to me.

Thanks gals. These two comments mean a lot.

Mistipearl had a great quote on her blog yesterday: