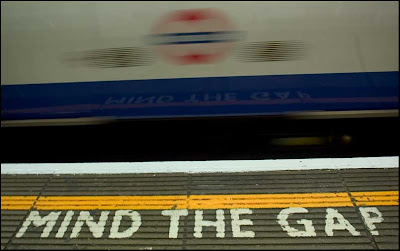 This post on Under the Overpasses, one of the most fab blogs out there IMHO, really moved me when I read it this evening. The post itself and some of the comments also chimed in with a whole range of things I've been thinking about this week to do with how society and in particular church society views, treats and welcomes (or otherwise) the marginalised or odd or just plain weird. The author of Under the Overpasses works in a homeless shelter. I too have worked in one in the past (a long time ago and not for long but it was a powerful world-view-altering experience) and I know that prison clientele has a certain similarity to the homeless shelter clientele.

What I've been thinking about is to do with Christian prisoners, i.e. prisoners who are (now, even if only of late) professing practising Christians rather than those who register as Church of Scotland or Roman Catholic on their admittance to jail and in reality are atheists or agnostics. In the course of the relationship I form with them I often talk about church. I explain that right there in our crappy surroundings we are a church congregation and we're part of the worldwide body of Christ that is the church, brothers and sister of Christians all over the world. I also tell them, and I truly truly believe this, that their "chances of success" as Christians are vastly greater on release if they find themselves a church and start going to it. I know lots of people say you can be a Christian without going to church. I'm not convinced about that. If you CAN'T go that's one thing, but if you WON'T go, I think that's not good. And certainly if you don't have the years and years of churchgoing under your belt that those of us who grew up in the church gained (willingly or otherwise!), if you're the only believer among your family and friends, and if you're still to face the challenge of living a life away from crime and addiction, I have no question in my mind that (a good) church is a crucial part of the best strategic action plan for your future.

However, how do we bridge the gap for our guys who've found faith during their sentence from prison chapel to church? If you're a national rather than local facility that's even harder.

I am really exercised in my heart about it this week. Our guys who come to the chaplaincy services talk the talk about wanting to go to church on the outside but as one of them freely admitted (privately of course) to me today, it's a really really scary prospect.

I think this may be a wider issue than just prisoners though. I spoke to a woman one day last year, I forget where but it may have been at the hairdressers, who asked how you went to church. I didn't understand at first but it became clear she didn't realise you could just turn up on a Sunday at service time, go in (without a ticket) and take a seat. And of course why WOULD she know that?

And that's only the gap-bridging problem from one side. How do we get our churches to cope better with the odd, the weird, the marginalised, the ex-offender and the recovering addict? Some do it really well already. Some less so. But Under There's post which I referred to above just makes my heart yearn to feel surer that our churches are full of people who want to love unconditionally, at the possible expense of having to leave, or at least invite challenging people into, their comfort zones. It's hard in both directions this gap-bridging and I have no answers.

My Catholic colleague and I are planning to hold services in the jails during Prisoners Week, to which prisoners can come if they want, and to which local churches will be invited to send folk. As the date approaches I now find I'm wanting to engineer and stage manage these. The purpose of the services is to encourage the churches to pray for the prisoners and to show the prisoners that the churches love them. I also want to cause the prisoners to feel that after all church people aren't so very different from them. So I'm now seriously considering (whilst realising how ridiculous - and discriminatory - it is) that I want to minimise the proportion of middle class grey haired old ladies (that's me out then!) and maximise the number of cool dudes and dudesses.

I want the guys to FEEL that the church folk love them. Some middle class grey haired old ladies loving them would be fab. But I don't want to confirm them in their suspicion that ONLY middle class grey haired old ladies go to church, with the implication being that it's not for them. So I find myself (feeling totally false and devious) in the ludicrous position of trying to engineer and stage manage a designer congregation of working class younger males. I realise sadly of course that the truth is that most congregations are short of working class younger males and that in so doing I'm maybe not being totally honest. And in any cases one of the most beautiful things about church which I personally appreciate every Sunday is that almost the whole point of it is that this random collection of people who on the surface would seem to have nothing in common in reality are family with the deepest possible bond of all connecting them. So maybe I should worry less about it. On the other hand if I manage to crack the job of creating my ideal congregation for those services maybe churches all over will start hiring me to do tailor made bespoke designer congregations for them in the style of their choice...
Posted by AnneDroid at 19:41

Hi Anne,
I hear your heart in this matter...I serve as a volunteer and on the board of directors for the organization below. The guys we deal with do attend church with us and we are fortunate to have had a pastor that supports the organization whole heartedly. That in itself set the example (I think) for the rest of the congregation. We all have a past, some of us were incarcerated for it, in God's eyes, a seeker is a seeker and He welcomes us with His unconditional love...so we should follow His example, right?! It has taken great courage for this pastor and congregation to "embrace" these men, but it is worth it...life transformation is always worth it. Perhaps this burden on your heart is a call to action...just a thought...
Smiles and Blessings
~mp:)

Joshua 1:6 "Be strong and courageous, because you will lead these people to inherit the land I swore to their forefathers to give them. 7 Be strong and very courageous. Be careful to obey all the law my servant Moses gave you; do not turn from it to the right or to the left, that you may be successful wherever you go. 8 Do not let this Book of the Law depart from your mouth; meditate on it day and night, so that you may be careful to do everything written in it. Then you will be prosperous and successful. 9 Have I not commanded you? Be strong and courageous. Do not be terrified; do not be discouraged, for the LORD your God will be with you wherever you go."

Thank you, mp. And thank you for that link. I've read most of the website and I'm really very impressed - what a great thing you're doing. God must be so pleased with y'all!

I'll say a prayer for your services. When (and what) is prisoners week?

Oh thanks Ruth. I appreciate that. They're not for another month.

Prisoners Week began more than 30 years ago as an ecumenical initiative to raise the awareness of the public - and the churches in particular - of the need to pray for prisoners, their victims, and the families of prisoners and victims, and those who work with them.

I've put a link to Prisoners Week Scotland in my sidebar although the website is still under construction.

The English link can be found on the "about prisoner's week page".

Interesting, A-D. Makes me think about tailor-made clergy!! I did like to listen to visiting clergy at our church, and one or two were exceptional. Must be great to have had one of those as one's regular priest. (Please don't misunderstand me, I hero-worshipped our own priest, Canon W.J. Hickin, about whom I have previously written on my blog.)

I hear you on this one. One of the reasons I stopped going to 'mainstream' church (I am a Quaker) is that I felt that in many cases it was all lip-service and didn't actually extend into 'real life' at all. I often felt judged that my thinking didn't chime with that of the regular church-goers, and it all felt rather 'cliquey' in some cases, by which I mean that I felt I didn't belong.

One thing I like about the Quakers is that they do not differentiate between the sacred and the secular, nor do they judge. I'm sure there are many good traditional Christian churches out there (I have no experience of RC), but I'm afraid I didn't find them. And I know we must all find what works for us, so I don't pass judgement on the churches which didn't work for me, because I'm sure they work for others.

But how much harder must it be for someone who already feels marginalised? My heart goes out to them, along with hope that they will find exactly what they need upon release.