From Inside to Outside. 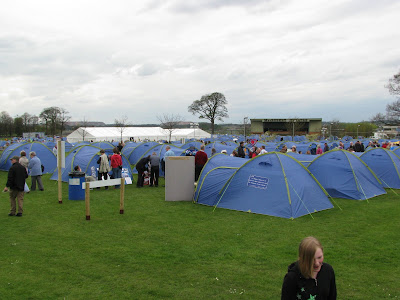 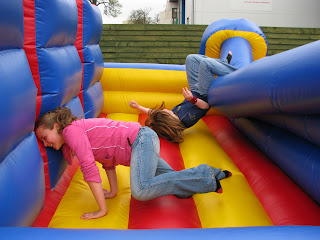 We had a cool day today visiting The National Gathering, a weekend festival under the banner of the Church of Scotland's "Church Without Walls" movement. As well as lots of great music and interesting speakers and seminars, churches from all over Scotland, including ours, could buy a tent (ready pitched) in which they could create a display reflecting their church's story/life. 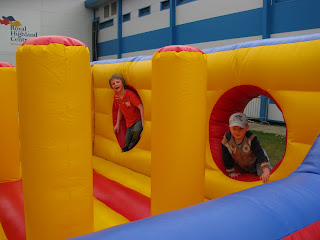 The weather stayed good and there were lots of reunions with long lost friends from the past. There was stuff for the kids, stuff for the youth, and generally something for everyone. I went to a seminar in the afternoon where two MSPs (Members of the Scottish Parliament), one SNP and one Labour were speaking and taking questions on the future of Scotland. Wonderful, according to them, if we all vote SNP/Labour/Delete as Applicable! They got some challenging questions from the audience though... 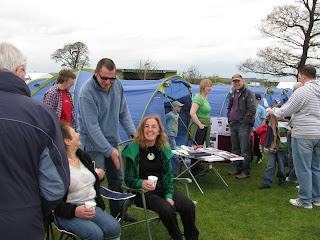 At the end of the weekend the tents will be taken down and given to an aid agency for use in disaster relief.

The reality of being a churchgoer in 2008 (in the UK anyway) is that, although you are part of a worldwide body of millions of people, you can feel a bit isolated as you toil away in your small corner being thought bonkers by your secular friends and family. We cope with this, of course, and indeed understand it, but it is lovely now and again to get together in a big old jamboree with other like minded folk. 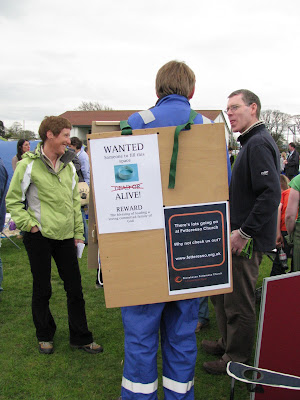 We were greatly amused by this fellow. A number of congregations who are currently without a minister had a notice on their tent to kind of advertise their vacancy (lots of ministers were there today, all incognito though of course...) This guy, though, had gone the extra mileS as he walked around all day wearing this sandwich board. If you can't see the detail, there's a picture of a clerical collar and it says: "Wanted. Someone to Fill This Space. Dead (crossed out) or Alive. Reward. The blessing of leading a loving committed family of God". Good for him. Hope it works. Interested clergy go to Stonehaven Fetteresso!
Posted by AnneDroid at 22:20

You could say, 'From Inside to Outside'!! You sure do get around.
Hope the weather 'held' for the event.

dickiebo, I could say it and now I have! Thank you for the good suggestion - I hadn't noticed I'd forgotten to give my post a title.

I missed the guy with the sandwich board - not surprising really, since there was so much going on at the gathering you couldn't experience all of it.
A bit like the blogging world, I suppose - I've just discovered your blog. Enjoying what I've read so far.