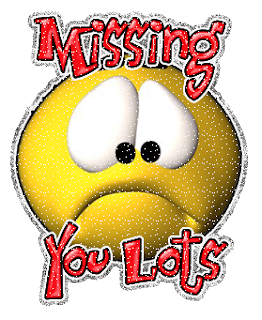 Although it's been bottom-numbing, it's not been mind-numbing. The Church worldwide gets such a bad press so it's been an encouragement to me to hear of our Church's passion for marginalised and vulnerable people, such as, for example: the homeless; those in war-torn countries; the elderly; children and youth; the poor; and to hear all the various calls on Her Majesty's Government (and other governments) to... x,y and z, as well as all the social work that we do. All good stuff. But I'm missing "my" prisons now and I'm looking forward to getting back on Thursday. How weird is that?

Next week will see the end of my first year in the job, the job that (*whispers*) I didn't really want but (*shouts*) now really enjoy. Being at the General Assembly has meant I've been with several hundred other ministers. One advantage of this is seeing some folk I've not seen since I left university thirteen years ago - interesting to see who's aged most and least (!) - and catching up with their news. It's also nice not to be in a minority of one for a change. I work in a multidisciplinary situation with social workers, prison officers, addictions support services, education and health staff, and management, but in that lot I am the ONLY minister across the two jails. There is a part-time Roman Catholic priest, though, so I don't get lonely really.

It's fun (yes, really) to get together at the Assembly and talk our churchy jargon for a wee while, like a foreigner going home for a week and getting to talk their own language for a change! But I enjoy the "cross-cultural" challenge that chaplaincy brings and I'm looking forward to getting back to it. Clergy normally work for the church. Chaplains, though, have a secular employer - in our case the prison service. Clergy normally worry about whether they and their congregation are too inward looking. Chaplains don't have that worry. We're out there in the thick of it, and that's very fulfilling indeed.

I may be mad but I'm not alone. A fellow chaplain has also experienced "missing jail" recently.

(I just wish prisoners never missed it, and would all stay out once out!)
Posted by AnneDroid at 22:13

It sounds as though your bottom-numbing week will turn out to have been recharging. I'm glad. And it's great to read how much enthusiasm you have for your work.

Anne
I couldn't find away to email you this so it has to be a comment.

keep up the good work

Thanks gorsefore, that was an interesting link to read. Incidentally I've now altered my profile to display a link allowing anyone to email me. Thanks again.