I'm going to be travelling on an illegal passport. 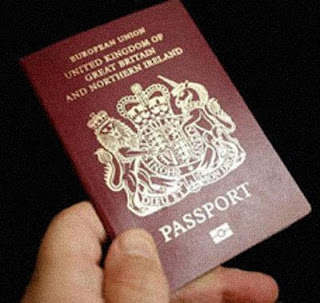 Today six passports arrived at our house. I had a moment of totally irrational pride to think I was a bona fide citizen with the evidence to prove it. (My last passport expired years ago and was in my maiden name anyway). But since then, I've been thinking that according to the Christian faith, I'm not a citizen of the UK at all. I'm going to travel on this passport anyway though as I'm not sure that airport authorities would be impressed with an impromptu Bible study in lieu of my passport. The Bible says, "...our citizenship is in heaven". That's from Philippians 3:20 but there were lots and lots of other verses I could have picked that say virtually the same thing exactly. So when Christians talk euphemistically about death as "going home", they're actually stating a very important tenet of our faith.

I have only once, in 42 years, had a dream that seemed to mean something. (Most of them are very random and confused). I'm not going to recount it here - I've a vague memory I once blogged about it before anyway. But the point is that since that dream, I've never seriously doubted the existence of heaven. (Unfortunately I don't just believe in heaven. I believe in hell too, though I'm not at all clear what it is. God wouldn't make those who hate Him join Him in heaven for all eternity.) I believe that I'm a citizen of the kingdom of heaven. This would be an incredibly arrogant belief if it were based on a belief that I deserved such an inheritance, but it's not. For the basis of my belief see the words of the hymn blogged about in my last post.

But I really do believe in heaven, and I believe I'm one of its citizens. A few times recently in conversation with atheistic prisoners, they've scoffed at this belief, and said, "Won't you be really annoyed if you die and you find out it was all nonsense?"

On the other hand, and I have pointed this out to my atheistic friends in the prison, if it all turns out to be true, and if they're wrong, the consequences are Serious with a capital "s" for all eternity. 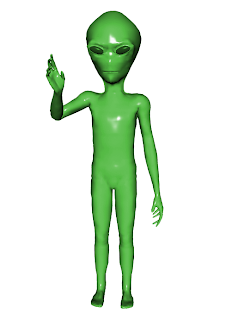 Now I've been a Christian for a hundred years (well not quite) I find I FEEL that heaven is my home. I feel like when I die I'll be going home. I do FEEL like I'm a citizen not of the UK but of heaven. The only reason my Father hasn't taken me home yet is that He has some purpose from me being here. I'm not here on a tourist visa. I'm here on a work permit. I admit I'm really hoping that part of the thing He has for me to do is to see my kids grow up... Meantime I'll hang about here on my illegal (in God's eyes) UK passport, whilst remembering that 1 Peter 2:11 in the Bible says that we are "...aliens and strangers in the world". I'm an alien! Being an alien rocks!
Posted by AnneDroid at 23:24

Yes, I think I share your views to a large extent. I can never get all swept up in the patriotic fervor that occasionally grips my country because it's not my primary allegience. I'll never understand why so many American Christians seem to think patriotism is part of the gospel. I guess that means I have an illegal passport too. ;-)

P.S. To answer your question on my blog, Labor Day is the workers' holiday. I think most countries celebrate it on May 1, but that has too many Communist connotations for the U.S. to tolerate.

The passport thing is just one more of a million little challenges to our ethics and beliefs, isn't it? Wherever you go there are rules and regulations which go against your deepest convictions. I've lost several jobs because I wouldn't compromise and/or condone wrong-doing.