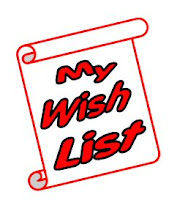 Fond as I am of timewasting, and following a tip off (I've forgotten from whom), I once tried putting "Anne needs" into Google, and got some very amusing (to me anyway) results.

I've just tried it with "Anne wants", being a bit bored with Him Indoors's choice of film on tv. (You either get the remote control or the laptop but not both is our rule). I found amongst other things that:

Try your own name... It helps if your parents gave you a common one like Anne, of course.
Posted by AnneDroid at 22:57

This was amusing. Clever idea. (And your remote / laptop rule is interesting too.)

"Give Richard a child?"
Strewth. You've never even mentioned this, A-D!

Lol, dickiebo - I forgot that was your Sunday name. Did I give you a fright?

You should know better than to scare an old man! lol. Shame on you, Rev.