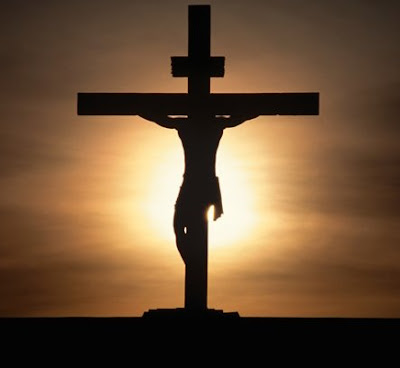 We sang this song at the end of the service at church this morning. It's a beautiful contemporary hymn written by Stuart Townend. As I'm as tone-deaf as a post, I tend to concentrate on the lyrics of a song. I suspect that some songs that have caught on in the church are really just popular because of their tunes, but there are others that say an amazing amount. I remember hearing that, unlike deep mysterious poems that we have to dig into and meditate on and try to fathom the meaning of over time, a hymn has to rise to the challenge of being understandable as you sing it, whilst not being trite and meaningless. I think this hymn cracks it. You can hear it on Youtube here.

How deep the Father's love for us,
How vast beyond all measure
That He should give His only Son
To make a wretch His treasure

How great the pain of searing loss,
The Father turns His face away
As wounds which mar the chosen One,
Bring many sons to glory

Behold the Man upon a cross,
My sin upon His shoulders
Ashamed I hear my mocking voice,
Call out among the scoffers

I will not boast in anything
No gifts, no power, no wisdom
But I will boast in Jesus Christ
His death and resurrection

Why should I gain from His reward?
I cannot give an answer
But this I know with all my heart
His wounds have paid my ransom.
Posted by AnneDroid at 18:15

This is a wonderful hymn indeed and it speaks to my soul.

As it happens it was one I picked while I was in Tallinn. Do visit and catch up with my exploits in Estonia.

I didn't know that hymn. Thanks for the link.

And I like the explanation of what makes a successful hymn.

One of the few new hymns that will still be sung in a hundred years time!

I also love Townend's song, "How Long". It is one of the few hymns/songs I have heard that is a genuine lament. The church used to sing Psalms which provided many opportunities for the pained, the suffereing, the distressed, to pour out their sorrows to God.

While the modern worship movement brought many blessings to the church, one thing it missed was the need of people in a broken world to genuinely lament (as well as celebrate).

The Levites & Psalmists job was to bring the people's experience of life to God in worship, whether they were celebrating deliverance, parading to the temple or weeping by Babylonian rivers. Townsend seems to me to be in that great tradition of seeking to express both God's grace and salvation towards us, as well as giving voice of human response to God.

Good tunes without good lyrics devalue worship and make it just a form of escapism. It's good to acknowledge good songs like this when we find them -and not just groan about the banalities we have all been invited to sing at one time or another!

The words are what I focus on myself.
But one of our worship leaders was talking about seven eleven songs the other day. You know the kinds with 7 words you repeat 11 times?
He said sometimes we need that repetition to help us remember.
But it is usually the songs like this that touch my heart more deeply.
Thanks for sharing.
Really.

Yes, Anne, I love this one. When I first heard this one I was convinced that it must have been an old one. I agree with 'that hideous man' that Stuart Townend is a great hymn writer in the great tradition and that this song among others of his will take their place in the established canon with all the greats.