My outlaws, sorry - that should read in-laws, last year celebrated their golden wedding. But before they met, as a young man Father-In-Law nearly emigrated to New Zealand. If he had, of course, their four sons would never have been born and neither would my four kids.

I find that sort of story interesting. I have lots of them, as no doubt you have too. Is it all just random? I tend to think not, of course, but lots of people would say yes.

I'm also interested in how couples met, as so often it seems they could just as easily not have done.

A few years ago I conducted two funerals, about a year apart, of an elderly married couple. I asked how they met and loved the story. He was a shepherd. She was a maid in The Big House. They were expected to get all spruced up (as you did in those days) and go to church on a Sunday. During the service, he bent down to pick up a dropped hymn book, and as he came up, banged his head off the book-rest shelf thing on the back of the pew in front. She, being only about eighteen, got a great fit of the giggles which carried on for ages, and led to them speaking after the service! 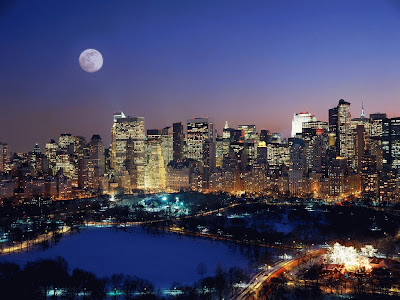 But for me personally here's a cracker of an "It could all have been so different" story:
A long time ago, an ancestor of mine once emigrated to America. He bought a bit of farmland and worked it for a while but then decided he was homesick, so he sold it and came home. The bit of farmland was part of Manhattan Island!!
Posted by AnneDroid at 08:50

Email ThisBlogThis!Share to TwitterShare to FacebookShare to Pinterest
Labels: God

My grandfather saw a bunch of local Native American girls on a nearby hill wearing dresses.
He told his family he was going to marry one of them.
They asked which one.
He told them "The one with no undies."
Hence, I am here.
:)

My parents met and were engaged within three days. And they were both engaged to other people at the time. Still together, 28 years on...

There is an old Zen saying: "When you seek it, you cannot find it."

Like most things in life, we often find the person we truly love, our other half, when we least expect it.

"The bit of farmland was part of Manhattan Island!!"

Great stories Anne. Not noticed you around for a bit - hope all is well with you. Take care!

roland and nutty cow - good stories.
a1 and mr n - thanks
and hf, how kind of you to notice my absence! I'm fine but was out of range of a computer for a few days (withdrawal symptoms? you bet!) Hope you're fine too and coping with all the studies...