I've been tagged. Thanks, Noddy. So I've to give you seven fascinating facts about moi, (mmmmm), but then I get to tag seven of you (woo hoo!)

Here are the rules if you decide to play along:
1) Link to your tagger and post these rules on your blog.
2) Share 7 facts about yourself on your blog, some random, some weird.
3) Tag 7 people at the end of your post by leaving their names as well as links to their blogs.
4) Let them know they are tagged by leaving a comment on their blog. 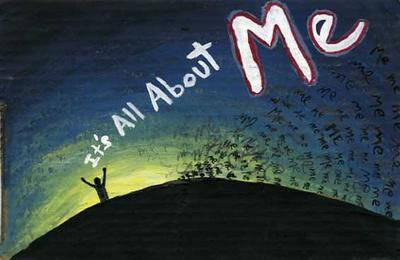 1) I've flown a helicopter (briefly, during a lesson I was given for my nth birthday). I felt nauseous for an hour afterwards but it was one of the most exhilirating experiences I've had.

2) I used to be a turkey plucker. I've also been a hospital cleaner (domestic assistant), a delivery driver for a Chinese takeaway, a care assistant in a Night Shelter/Day Centre for single homeless men, a sales assistant in a jewellers, and various other random things.

4) One of the reasons I became a minister is that I was working in the Department of Social Security and one day had to interview a woman who, I discovered during the interview, didn't usually leave her home following being gang raped about five years before. She wanted to talk. My boss was in a hurry and was waiting outside the booth, wanting to sit in on my next interview. Was I going to say, "Ah never mind that. About your benefit..." to people for the next 36 years till I retired?

5) I used to drink gallons of tea and if I drank coffee at all took lots of milk and three (!) spoonfuls of sugar in it. Now I don't like tea and drink (too much) black coffee. This was one of the lasting effects of my first pregnancy (as was my eldest daughter).

6) I love caravanning and the Scottish countryside, especially in the sunshine. I fully appreciate that if it didn't rain so much it wouldn't be so beautiful and green so it's a price worth paying.

7) Today the chaplain of Manchester United is coming to speak at our church and then coming to our house for lunch. I wonder if he's heard of my fave team, Airdrie United?

Now I'm going to pick (on) seven of you at random. As I'm normally the end of chain emails etc, and this may be the first time I've not been, I can hardly be offended if you don't take me up on this...

I hereby tag: Doorman-Priest, Ruth Hull Chatlien, From The Inside, Purpleplus, That Hideous Man, Roland,
Endlessly Restless
Posted by AnneDroid at 07:51

Hey, thanks.
This might take a bit of thought.
And today will be busy, but I will ruminate on it.
I already thought of one.
Maybe it won't be too hard.
:)

Ok, I carried it on, . . . but I don't claim that the facts are all that fascinating.

I'll have to check out the other six people after breakfast. (That shows how compulsive I am. Set me a challange and I make myself do it before even getting my coffee!)

After thinking about your #4 for a while, I have a question. Two actually.
How long did your boss wait?
How soon after that did you leave that job?

Annedroid,
you are more than welcome to tag HM, I will defer...and we still get learn HM's hideous history!! ;))

Did you pluck pheasants as well?

I do hope you asked the Chaplain on my behalf how the game went on Saturday!

What a brilliant intro to your blog for me! Thanks.
On the down side; your blog's readership hereby sinks a litle in quality. Sorry! The price you have to pay for 'stardom'!

sales assistant in a jewellers!

Thanks all. Roland, re #4, it would make me sound much more noble and marvellous if I said I gave her the rest of the day and was sacked for it but it wasn't really like that. I gave her as much time as I thought I could without getting sacked but from that day on began to think out of the box re my future. Other circumstances then came into play and the rest is history. It occurred to me after telling that story at #4 that the implication might be that working in a benefit office is not a great service to the public. It is. Just wasn't my calling...

barngoddess, working in a jewellers IS a lovely job. People are generally in a good mood when shopping for jewellery and it's a nice atmosphere. You get to handle beautiful things. My favourite customers though were the teenage boys in spending £3.50 on a silver chain for their girlfriends... sweet!