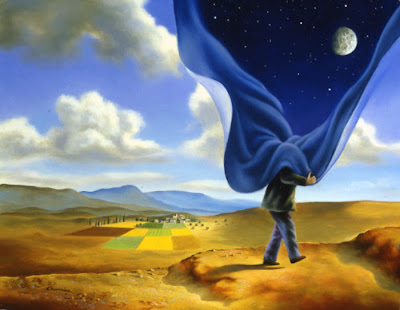 It is a normal part of being a human that we face grief. Grief is the price we pay for loving. Of course we grieve when a loved one dies but we also grieve other losses, such as the loss of a relationship through divorce or personality-changing illness, or the loss of a job, or through a move to another area, or the "empty nest syndrome" when the kids leave home, or... well the list is potentially endless.

Grief is work that we have to do. We all know that avoiding doing the work of grief isn't good for us. We need to feel the numbness, the sadness, the hopelessness, the guilt, the whatever. We need to talk it to death with our family and friends. Gradually the feelings calm down a bit and we are able to face the future without whoever or whatever we've lost.

Disenfranchised grief screws up the normal processes, though. Disenfranchised grief has been defined as grief that isn't openly acknowledged, isn't socially accepted, or isn't publicly mourned. The relationship, the loss, the griever are unrecognised. The mourners are cut off from social supports and don't get the chance they need to do that grief work, to express their grief, and reach a resolution stage.

Disenfranchised grief comes into play in all kinds of situations. For example, if one participant in an illicit affair dies suddenly, the other party can't grieve publicly and his or her grief is therefore "disenfranchised". Similarly if an unborn child is lost through miscarriage or abortion, people may not know and so support will not be offered, though I think things are improving a bit in this area. A loss that is not seen as a "proper" bereavement comes under this heading too. For example, an old person whose much loved pet dies may not really be regarded as being bereaved, though they are feeling all the pain of the loss of a human relationship. People have also experienced disenfranchised grief at the loss of an idolised celebrity.

One of the common problems that prison chaplains get involved in, in the life of a prisoner, is bereavement. This is true for clergy and others on the "outside" too. But for us in Jailworld, there is an added complication, which is the disenfranchised nature of their grief.

Even when the loved one of the prisoner has died of natural causes, and their relationship prior to that had been a good one, prison is a very difficult place to do the work of grieving. Prisoners have to try so hard to maintain a hard shell to avoid appearing vulnerable and ending up as victims in some way or another. They don't have space to grieve. The regime carries on as normal regardless of their feelings. They may have a cell mate and nowhere to have a private cry.

But it gets worse for many. Lots of prisoners have hitherto dealt with all problems by getting drunk or taking drugs. Even those who've been clean for a while can find that their bereavement makes resisting the temptation to look for a "fix" (fixes nothing, so I don't know why it's called that) to help get through.

For many, their relationship with the person who was died was complicated and flawed, perhaps as a result of the index offence, or offending behaviour in general over many years, which tried the patience of the mother or partner or whoever and stretched the relationship to breaking point. Now it is too late to put all that right.

The distance from the death is also a big feature of disenfranchised grief. When my uncle died in Canada it took me years to take it in properly as it happened so far away. I rarely saw him anyway. I wasn't at the funeral. And so on. This is true, of course, in jail too. Even if the prisoner gets out to the funeral (most probably in handcuffs) he'll only be there for an hour or so. He won't be there for all the endless reliving of events and chat that goes on amongst bereaved family and friends and which is such an essential feature of grieving. Even if he does have folk in the prison to talk to, they won't have known the person who has died.

Another serious complication is when the prisoner himself is responsible for the death, such as when he is in jail for driving recklessly and causing a road accident in which his own loved one died. This is clearly terribly difficult. And if the person who died was a child, he'll probably need to be put on protection too, which isolates him further.

Incidentally, it should also be mentioned that the bereavement which the prisoner is affected by could have happened many many years before. If you are bereaved at age 13, say, and start blotting out your grief with drugs and alcohol, and then don't get clean until age 30, say, well you still need to do your grieving. You haven't done it, just postponed it. 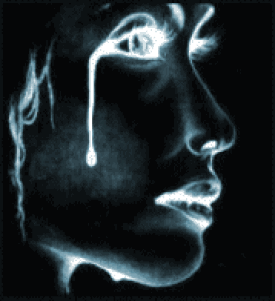 I know that many people have little or no sympathy for prisoners, and actually I understand that. Many of their crimes are horrible, and they can be a selfish and ungrateful bunch to work with at times! However, and this is important, EVEN if you feel like that (and generally I am able to love them, which to me is clear proof that God must be at work) then you should still want to help prisoners deal with their disenfranchised grief. Why? Well, if they DON'T deal with it, there is far less potential for staying out of trouble in the future. Hurt people hurt people.
Posted by AnneDroid at 09:51

This is so profound. I wish more people understand the corrosive nature of repressed emotion. I've never thought about how prisoners often must bury their most human feelings, but it makes sense.

I also appreciate hearing about the concept of disenfranchised grief. I've experienced it, and I've written about characters going through it, but I didn't know the name.

I learn so much from your blog.

I know that not all prisoners are 'in' for being habitual criminals, but in view of lenient sentencing by Magistrates & Judges, most do seem to be. It is difficult to feel sorry for these, as we know pretty well for sure, that once out, they will offend again - to someone's cost.
Those imprisoned for a one-off serious offence, I can feel some sympathy for.
God bless those, like you, who can 'feel' for all. Afraid I fall far short of this standard.

Thank you Anne. This has really made me think!

What a great post Anne - and at a time I'm remembering some of my own grief. God has obviously called and equipped you for this hugely important area of ministry. Every blessing in it!

A thought provoking post Anne; I think I can grasp the depth and complexity of the
the situation, but I am struggling to get past the 'complex grief' that many of the inmates will have caused to the family and loved ones they did harm too.

It's almost impossible to hold or manage your emotions doubled up in a cell which, in itself, turns up volume, contrast and colour of everything you feel. Thank God there's someone like yourself with a bit of compassion and imagination around...

Thanks for reading, everyone, and for your comments. It's a big subject, and just because I've managed to write about it doesn't mean I always feel remotely equipped to deal with it. I don't at all. Some of the stories are so complex and the guys are so twisted in their thinking, and set in their ways, it would take a miracle to break through. Ahhhhh, of course...!

I love your essay. Beautiful.

I can personally relate because my three big 'issues' in life all involve disenfranchised grief. Nobody in my circle of friends, nor my family, wants to talk about this stuff. And so I have my therapist and a few places on-line where I can share my feelings.

In order of how adversely they have affected my life, and how difficult I'm finding it to grieve:

#2: Emotional neglect by my parents

#1: Male genital mutilation aka my circumcision - not only the loss of sexual sensation and function, but the fallout of PTSD, torture, etc.

I haven't had a word for why this work is so hard for me before. Now I do.

Anonymous, I'm moved by your post. Poor you. What a lot you've had to deal with. I'm so pleased to hear you at least have a therapist and some online friends to listen. That's great. I really hope you can go smoothly through your journey and reach the place of knowing that you can go forward into the future knowing yourself to be at peace. I'll pray for you and of course you're welcome to drop me an email.

Even those who've been clean for a while can find that their bereavement makes resisting comprar direto da china the temptation to look for a "fix" (fixes nothing, so I don't know why it's called that) to help get through.