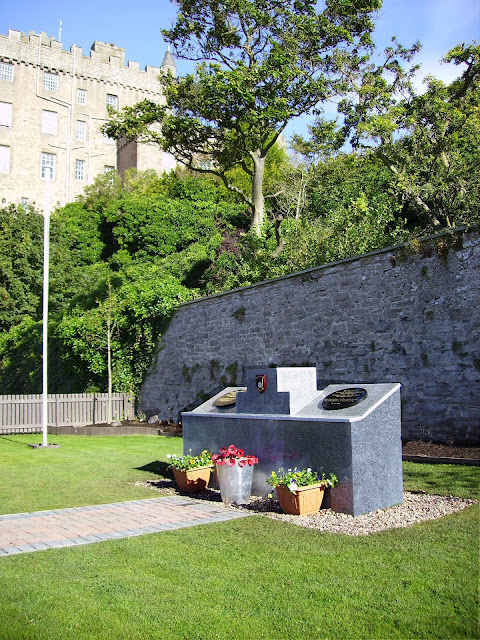 The percentage of ex-forces prisoners in Scotland is on the rise.  It is the same in other parts of the UK.  Probably the rise is partly to do with the difficulty former soldiers often find in settling back into Civvy Street, especially those soldiers who've been traumatised by what they've seen, heard and done in warzones.
There are charities who seek to help former service men and women and some, such as Help for Heroes, have gained a lot of support, which is good.  On the other hand it is surely the case that since we the country sent these people to war on our behalf, we the country should pay for any help they need when they come home.  It doesn't seem right to leave charities to fill the gap.
Quoting from here:
"Veterans in Custody.
That's the background to the story I want to share in this blog post.
At the prison where I work, there are quite a number of ex forces people both on the staff side and the prisoner side.  Over the last couple of years, at Armistice, we have had a short Act of Remembrance which has been well attended by prisoners and staff alike.  These are always moving occasions - anywhere - but particularly so, I find, in Prisonworld.  It is just about the only time when the normal "them and us" between officers and prisoners/ "screws" and "cons" is suspended and we meet just as human beings.
Over the summer, a group of prisoners (mostly ex-forces), under the leadership of an ex-forces officer, and with some kind donations from wellwishers such as the Royal British Legion Scotland, have created on a patch of waste ground a beautiful memorial garden.  Half of the garden is focussed on a new war memorial designed and built by the prisoners.  The other half is a more general sort of memorial garden which is for people to remember anyone who they have lost through any kind of bereavement, not just through war.
It has now been dedicated and opened for use.  It is going to be a great resource to the prison.  The prisoners now have a quiet area to go and be calm, and to think and reflect.  We now also have a focal point for our Act of Remembrance on Armistice Day allowing us all (whether ex-forces or not) to take time out to think seriously of the horrific cost of war and remember those who lost their lives fighting in wars past and present. 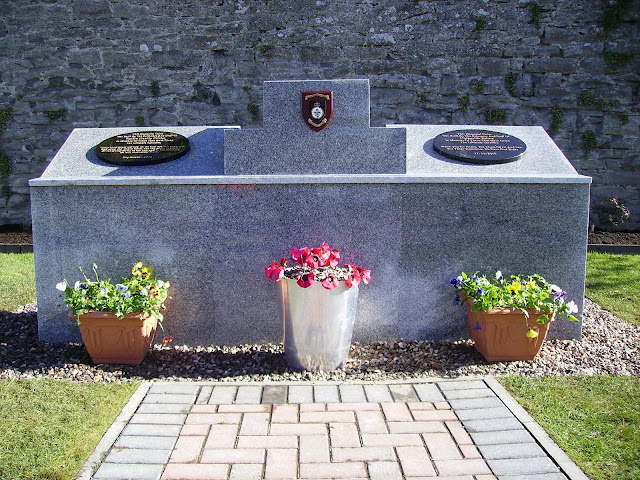 As I recall, we the people did our level best to ensure that members of the forces were not sent to war in Iraq...

Suggest that you send the bills for the personal attention of Mr A Blair, now reputedly coining it on the lecture circuit.

I would if I could, James. So would many people I suspect.

How does the percentage of ex forces amongst prisoners compare with the percentage amongst staff? Assuming both groups of people have had the same experience of leaving service, what happened (or didn't happen) to the ex forces prisoners to get them in that position?

What can do to help those leaving the forces to prevent them being on the worng side of the prison fence?

Hi Spot. I don't know how the percentages compare, or indeed the answer to any of your questions!

I suspect that there are almost as many answers as there are people. I think, for example, of a prisoner who told me his story recently which included raging and undiagnosed Post Traumatic Stress Disorder during which his life got into a downward spiral of alcohol, marriage breakdown and then crime. He is adamant that, had he not ended up in prison he would have been dead by now. I expect that unrecognised or un-worked-through mental and emotional trauma for some ex-servicemen gets them into trouble.

On the other hand, I think it is probably true that some of those who get into trouble after leaving the army always had that tendency. It is well known that teenagers who are disengaged with education and not interested in college or settling down to work are nudged towards the army as a means of getting them the disciplined structured life they need. For those individuals maybe all the period in the forces does is postpone their getting into trouble for a few years.

The size of the American prison population and the effects and expenses of incarceration are out of control. We are headed for trouble as a nation without major criminal justice and prison reform.