Prison Fellowship Scotland celebrated thirty years' existence this weekend.  It was a great privilege to go along and be part of their celebration.  Highlights for me definitely included taking three prisoners (legally, on licence!) with me and also meeting up with two much loved (by God and me and some others) former prisoners who are doing well and going on in their faith, in spite of difficulties along the way.

I was reminded, yet again, of a recently and previously blogged-about retired Prison Fellowship volunteer at the prison I work in and her faithful service over many years.  A prisoner I knew well - let's call him John, though that's not his name - used to talk to me about her.  He didn't believe in God and wasn't interested in becoming a Christian ever.  He never attended a single service I conducted in the jail even though we spent a lot of time together and were on warm and friendly terms.  But "John" attended Prison Fellowship meetings in the prison every single week.  His reason?  He just came in order to wonder about our volunteer.  He knew that I get paid to be a prison chaplain but that she was a volunteer, not even getting her travel expenses even though she lived over 40 miles away and didn't even get expenses.  He was bowled over by her commitment over so many years to come into the prison every single week, rain, hail, snow or shine, just because she cared about the guys and, quite frankly, John wondered about that.  Our volunteer was of course "only" (wrong word) one of many over the years in our jail and lots of others across the globe.  When she retired others took her place.  The Christian church is (often rightly) criticised for her failings but when we apply truly our theology of grace we have really something amazing to offer!

Prison Fellowship is a wonderful international organisation which had its origins in the U.S. through the work of an American man called Chuck Colson, who died recently. 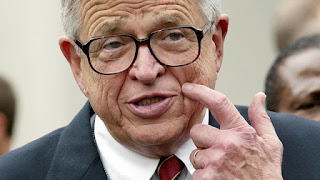 Chuck Colson was a politician who was implicated in the Watergate scandal.  He ended up going from a powerful respected wealthy political position to imprisonment.  In custody, he became a Christian, and on release founded the international organisation that is Prison Fellowship.  He said this:
"...all my achievements meant nothing in God's economy. No, the real legacy of my life was my biggest failure -- that I was an ex-convict. My greatest humiliation -- being sent to prison -- was the beginning of God's greatest use of my life ... only when I lost everything I thought made Chuck Colson a great guy had I found the true self God intended me to be and the true purpose of my life. It is not what we do that matters, but what a sovereign God chooses to do through us. God doesn't want our success; He wants us. He doesn't demand our achievements; He demands our obedience..."

I was telling a long serving prisoner I know whose default setting in life (perhaps understandably) is a negative attitude to "the system" and who loves to see the cloud behind every silver lining about the recent death of Chuck Colson.  Predictably, I suppose, he started to say that, oh yes, Chuck Colson was a mere opportunist that thought he could salvage some power, coming out of prison, by founding Prison Fellowship.  I never said a word, but just listened.  Half way through his diatribe, though, he stopped himself and said, "Actually, he did so much more than I ever have for prisoners".  I love that prisoner but on this occasion I didn't argue!

Chuck Colson died a few weeks back on 21 April 2012, aged 80.  His legacy is priceless.  One of our ex prisoners who spoke at the Prison Fellowship Scotland conference/celebration on Saturday was interviewed on mic at the front.  What he had to say was great but when he was asked how he felt about Prison Fellowship he broke down as he replied, "Without them I'd be dead".  That spoke more powerfully than anything, especially to me because since I know him I know that he was not exaggerating.

Lord, thank you for the vision behind Prison Fellowship and all they do the world over, including Scotland.  And thank you that it is your message that brings hope where so much else is hopeless.

It's just fab, whether a Prison Fellowship volunteer or a paid prison chaplain to know that we are engaged in helping our Lord Jesus with his own personal mission statement.
Posted by AnneDroid at 23:38