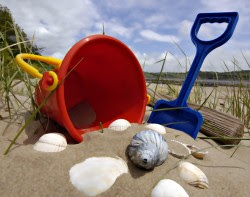 Today I was at the Chaplains' Away Day. When I started as a prison chaplain, I was delighted to hear that a couple of times a year there was a "Chaplains' Away Day". I thought it was a great idea that we could have a day when we had a break away from the intensity of what we do and go off and enjoy ourselves and get to know chaplains from other jails socially. What a numpty I am. A Chaplains' Away Day turned out not to involve a bucket and spade (shame), but to be a meeting in a conference room, in a less than glamorous setting, at which important matters of interest to chaplains can be discussed and through which we can be kept informed of developments on the national horizon that are of relevance to us. Very worthy. But not the same as a day out to have fun!

I don't know what the collective noun for a group of prison chaplains would be (suggestions welcome) but, honestly, what a bunch we are. Lots of different ecclesiologies and personalities and histories all gathered together make for interesting debates. Yet we're united by our passion to care for prisoners and to love them through their sentences, regardless of what they've done and whether they deserve it or not, just as God loves us in spite of everthing too.

One thing we are all agreed on, of course, is that it's really sad that so many people are in prison. In Scotland we've been around the 8,000 mark recently for the first time. 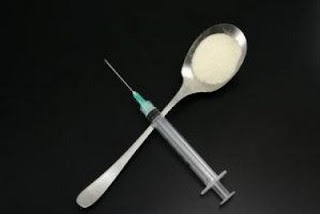 Last week I was at a two day course run by STRADA. Most of the particpants weren't prison service but workers in the addictions field. In my naivete, I was absolutely shocked to learn about the waiting lists there are for many drug rehabilitation interventions in many parts of the community. One said that in her area people had to wait for a year to get onto a methadone detox programme. What a lot of awful things can happen in a year for a drug addict and, it must be said, what a lot of victims they may create in their hunt for money to feed their habit.

Lots of people who have never taken drugs unfortunately leave prison with a drug habit they picked up in jail. Lots of people who used cannabis switch to hard drugs in jail because cannabis stays in the system much longer and they have a higher chance of failing a drug test. Both of these facts are tragic. To think we are sending out people with drug problems they didn't have when they come in is awful.

And yet an opposite scenario isn't exactly good news; I have heard on the grapevine that both males and females who have drug habits are deliberately offending because they know that in prison there is good drug rehabilitation on offer, without a waiting list. I didn't entirely believe that before but now I think I do. And I've certainly heard from many many prisoners themselves, statements along the lines of: "I'd be dead if I hadn't got the jail". It's not good enough. Putting money into addictions work might not be a vote winner for Parliament, but not doing so is creating yet more victims of crime, and amongst the children of addicted people further damage is being caused that will manifest itself way into the future as these kids grow up in distressing circumstances.

I don't know what the answer is exactly, but there must be a better way than this. And, although we weren't discussing drugs in particular, but incarceration in general, it seemed today that my chaplaincy colleagues probably feel a similar frustration.
Posted by AnneDroid at 22:14

A collective noun for a group of prison chaplains?

Reading your blog, a 'charm' of chaplains!

Hi Anne,
I know what you are talking about...working with guys who want to kick their addiction is tricky simply because you need to get them into detox when they are sober and wanting to go, but most of the time the waiting list, like you mentioned, is 6 months to a year, which is crazy! And to add to that, here in Canada, there is the problem of selecting the addicts most likely to succeed so that the institution can ensure funding from the government....Not right, not fair, unfortunately reality...and very frustrating!

Yet, we plug along, encouraging the guys and praying for freedom from this bondage.
~mp

Back in the middle ages at HMP Reading we were basically a non-methadone nick, which made for some interesting times, but was well-intentioned and sometimes worked very well, but at a considerable pain and cost to the individual. Waiting times for effective rehab/deox programmes were 6 months to a year, and people who broke free faced a lonely uphill struggle on the out. Im amazed and ashamed that so many billions have gone into prisons, but these basics seem as permanent as death and taxes.

Yet again, vote winning appears to get in the way of real, long term help for addicts. Don't politicians early intervention cuts down on the fall out?
Oh, I could rant for ages!!!

Hi
Would the chaplains form a "Cell Group?"

Not fair. A Nonny Mouse beat me to it!! Just gotta be 'A Cell of Prison Chaplains'.

A sadness of Chaplains perhaps.

Powerful stuff. Thanks for bringing that to our attention.