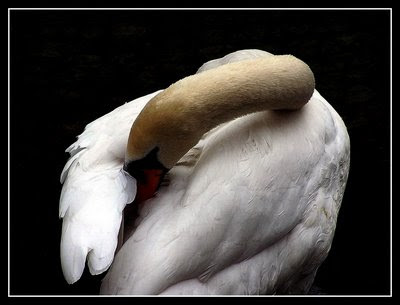 As a follow on from yesterday's post, here's an interesting article. "I will tell you this, boy" (to quote Rab C. Nesbitt): this isn't right either. Our jails have far too many prisoners in them who are mentally unwell or who have pronounced learning difficulties and/or personality disorders. Are we just to say that this is what is to be expected? Or is there a better way for these individuals too?

I have seen so many guys who are comfortable in jail but scared s***less by the outside world. Is that okay? I don't think it is.

Could we as a society be a bit more sensitive to people who are less equipped than the rest of us to cope with daily life? (It could be argued that I'm not sufficiently equipped myself at times either, to be honest, but I manage to fool enough people enough of the time to muddle through. And at least I'm not running scared).

A hundred years ago, I was a visiting officer for the Department of Social Security. One task I was presented with was during Maggie Thatcher's "Care in the Community" drive. I visited lots of people who had been rehoused from a long stay hospital into flats in a very socially deprived area of Glasgow. Admittedly they didn't belong in a hospital, and they had certainly been shown how to cook, clean, shop and catch buses. But they were like children. My 13-year old is very able in many ways, but I wouldn't pop her into a flat and leave her to get on with it.

I don't in any way blame social services for not providing enough support for vulnerable adults. They are so far from adequately resourced that it would make you cry.

But the result is that there are people in prison who have committed crimes, certainly, but who are themselves vulnerable and worthy of our compassion and care.

From those to whom much is given (the rest of us) much is expected.
Posted by AnneDroid at 23:14

Wouldn't you think that the body of Christ would see this as a great opportunity, or as our Savior once called it, "a field white unto harvest"?

I've seen how flimsy and full of holes the 'net' is for vulnerable adults. I can't pretend to know the answers, but I know it makes me feel sad.