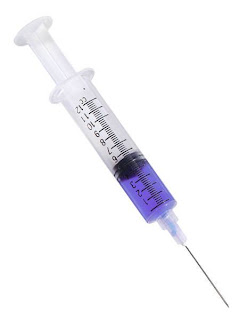 Prisoners' thinking can be very twisted.

Recently I was talking to a prisoner who was arguing that if he had his way all "junkies" would be given an injection in the neck and put down. This man is an alcoholic. In my usual diplomatic way (!) I pointed out that alcoholism was an addiction too. He wasn't pleased and said that no, alcholism is a disease. I was unable to persuade him that there were any similarities between the addictions.

But jail's like that. There is a pecking order of crime. In a jail containing only sex offenders, the rapists (i.e. rapes of adult victims) see themselves better than the paedophiles. In other jails, prisoners classify themselves as better than some other class of offence. Prisoners often lie to one another about the nature of their offence to make it more "acceptable". Incidentally, murder, which we might (hopefully DO) see as very bad, isn't looked down on so much in jail whereas other offences, like mugging an old lady, are seen as beyond the pale.

I have found this very interesting, and yet I have also found myself wondering if perhaps ALL human beings do exactly this. According to our own various personal measuring schemes we rate others as above or below us. A dear and very ancient relative of mine openly judges people on how good their speech is (she once studied elocution herself).

I heard a prison officer recently refer to all the prisoners collectively and dismissively as "scrotes" - I think he validates himself, in a way, by finding a group of people he feels superior to.

The idea of a hierachy of sin is an interesting one. It seems to me that there are two sides to it. There is firstly the equality of all sins before God, in that any sin comes between us and Him. In this sense whether a large or small link in the chain is severed doesn't matter - to break the law at any point is to break it all.

On the other hand sins against others vary in their discernible effects, and do appear to be weighted differently - hence not all custodial sentences are of the same length, but proportionality is at least attempted - and has been since the OT penal codes, of Lex Talionis.

The essential thing though - is that the first category is common to all, and is part of our fallen nature. The second is the outworking of that nature - and it's precise sins of choice is to a great degree sociologically conditioned.

So even if not all sins are equally damaging, we must hold on to the absolute perfection of God and the equality of all sin - and therefore of all sinners!

The thing the Bible warns most strongly about, of course, is the mistake that a respectable lack of criminality - implies an absence of sin against God. Far from it! Jesus' parable of the two men praying in the temple - ruthlessly cuts accross any such pride!

I think your right (i refer to you as the robot woman) Its interesting to see that different denominations rank sin too, I work with all different churches and it just amazes me how in their own theology they believe that one sin is different than the sin the other church is committing. My opinion is that sin is sin but Itoo am afraid that I too rank sin, if I told you any different then I would be lying.

I am even more intrigued when some of the young people I work with regard chav's as lesser people than themselves.

Isn't this exactly why the church treats homosexuals as they do? Isn't that sin viewed as more egregious than other sins? Gossip, pride, and envy are easy to forgive, but God forbid we fellowship with someone who struggles with a sin that makes us uncomfortable or that we simply don't understand.

thurman8er - thanks for dropping by. You maike a good point indeed, but is it that we feel uncomfortable? Or is it just that it's really easy to condemn what isn't a temptation to us personally, and indeed doing so makes us feel superior? I see my alcoholic friend as hypocritical for condemning drug addicts. I, however, don't recognise my own particular temptations to avarice (food rather than possessions!) and sloth as particularly bad - I have heart and bone disease actually so it's not my fault... heart lazy and bone idle!

dennisthemenace - how interesting re the denominations. I did hear that the Free Presbyterians were banning sex in case it led to dancing. Oh now I feel bad - I've met many a lovely Free Presbyterian!

thm - a good parable to bring in here, thanks :)

It is very human to categorise sin and make a hierarchy and yes, the church has done that with sexual sin, particularly homosexuality and in so doing has revealed its immaturity.

If we have all fallen short, then if I take paper clips home from the office I am as bad as Hitler, which will sound mad to most people but is clearly not so in God's view. Sin is sin.

And I am not a ranting fundamentalist!

Perhaps categorising sins in a hierarchy is simply another form of not taking responsibility: "well, yes, I have done......but I am not as bad as him because he is a ........."

There's a pecking order outside prison too. I work in the alcohol field and was getting some feedback from a client who I'd arranged to go and see a detox facility. Whilst there, she bumped into someone who lived a few streets away who she'd grown up with, who greeted her warmly.

She later told me that she couldn't possibly go in to that hospital. She was better than that. "And I met Mary there having a detox... and she's a druggy too! Oh no, I can't go in there..."