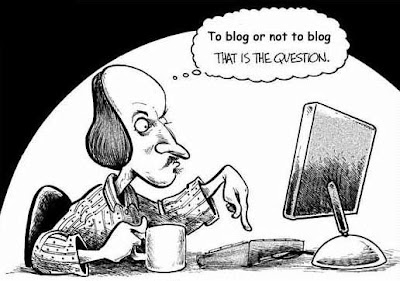 Earlier today I was thinking about my completely irrational hatred of telephone conversations.  I was wondering if I'd have been happier to have been alive in the Olden Days before the phone was invented.  I love Jane Austen books.  Maybe I should have been Emma or Jane or Elizabeth... well okay, if I can choose then obviously Elizabeth cos she gets Darcy and Pemberley and his ten thousand a year....

But, anyway, of course I would NOT voluntarily leave 2012 for those days because I'd miss my beloved internet.  I love the bloomin' thing!

Earlier this evening Him Indoors, Firstborn, Blue-eyed Boy and Penultimate Child were watching Raiders of the Lost Ark on tv and I was alleviating the boredom by trying to find, through Google, the meaning of the word that Marion Ravenwood says in the drinking competition.  (It sounds like pistore or pistole).  http://www.youtube.com/watch?v=yUAueFkVYvA  All right, so I didn't quite find the answer but it kept me busy.  Google is SO great!   :)

One of the features of living in this era is that the goalposts are always shifting.  So, regarding the blogosphere, my question is what its future?  With Twitter's success and popularity, I'm wondering whether the truth is that - with the best will in the world - most people actually don't have the time or energy to read long posts on blogs no matter how worthy they are.  Is the 140 character limit a concession to the modern busy life?  Not a bad thing, necessarily, just a reality.

When I was at school, English class included practice in "precis" or summarising.  I did quite well in my higher English but summary was never my strong point!  As a minister, I've had plenty of experience of preaching sermons of 20 minutes or more without interruption.  So limiting my waffle to 140 characters is a real challenge.  But is that where people are at?  If so, that's where I want to be!

I am as passionate about sharing Prisonworld with an audience as I was in the days when I blogged almost daily.  If we who know what it's like don't do so then it's all out of sight and out of mind for most people.  But I need to work out how and where to do it.  To blog or not to blog, to tweet or not to tweet, to facebook or not to facebook.... Shakespeare didn't have all that lot to worry about!

Hi Anne - they're different ways of communicating, and each is valid in the right context.

I dislike Twitter being described as microblogging site. The curt nature of tweets means that they are quite different in principle from blog posts. As far as I'm concerned they are a way of linking and networking with people, picking up interesting links and ideas.

Twitter is a good way to publicise blogs, where serious arguments can be developed. Twitter is also pretty ephemeral, whereas blog posts I wrote a couple of years ago still get steady traffic.

Keep blogging. You owe it to posterity!

A blog is a bit like a newspaper column.

Please do blog, rather than tweeting, but we cannot pray for those in prison, and those who go in and out to help them if we do not know what is going on.

Regular posts help in this regard. If we know that so-and-so is going to post every month, then we will not be frustrated if we look at it after three weeks.

Keep up the good work.