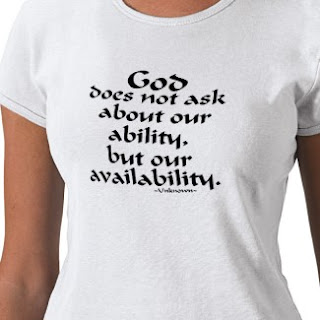 Thanks for that. It helps illustarate something I put in a letter last week to a Christian friend of mine who has taken some wrong choices in life and ended up in prison. If you don't mind I'd like to send him a copy of it with my next letter, I think it might encourage him!