In Royal Robes I Don't Deserve 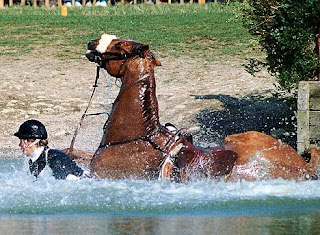 This is the second royal visit I've experienced. I used to be chaplain in a cancer care day centre (part of the hospice movement, though it had no in-patients). Prince Charles came to visit there. It was at the time when Camilla was what Scots call a "bidey-in", and I was teasing the other staff in advance that I was going to offer to make it legal. (I didn't offer any such thing, of course, in case I was beheaded in the Tower of London or something).

It has been said by many before me that the royal family must think the whole world smells of bleach and paint. It is extraordinary the lengths that people go to when a member of the royal family is to visit - even folk that aren't all that royalist take it very seriously. The advance party of security guys of course help to ensure that all is just tickety-boo. Some of the prisoners and I were entertaining ourselves looking for the tell-tale bulges of guns under the jackets of the bodyguards.

All the time leading up to, and during this most recent royal visit, I was thinking about the totally amazing illustration all the fuss and effort that's made is for us as Christians. It reminds us of just what wonderful, ludicrous, mad and awesome stuff we are actually taught in the Bible, summed up in the line "..in royal robes we don't deserve..." in this song (which, by the way, I want at my funeral please):

you two are a hoot.

Don't do it Anne! Don't!! I gave her mine and she got up to all sorts of nonsense. Turns out I've even bought her old house!!!!